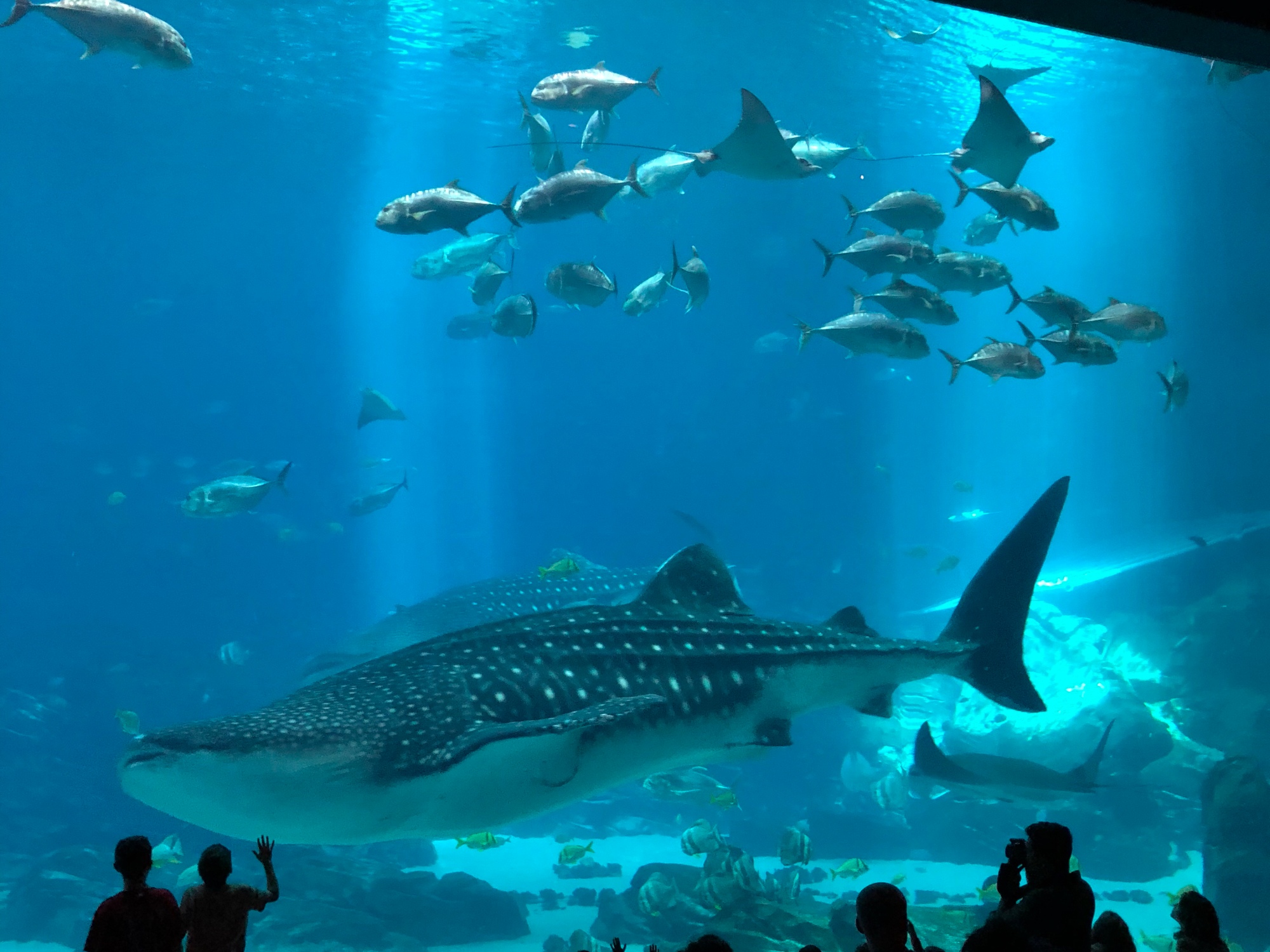 For my 25th birthday, we ventured down south.

I grew up in Atlanta, for the most part. We spent 11-ish years moving around the north metro area when I was in elementary and middle school, so being back now is a disorienting experience in that I know where everything is, but not from the front seat of the car. I don’t know if that makes any sense.

For my birthday, we went on a bus bar crawl with Atlanta Beer Bus (atlantabeerbus.com) that hit major breweries, a distillery, and a cidery. Jakob has Celiac disease, so the distillery and cidery were our main events. We arrived at the cidery nine minutes before last call and were told that because the next bus wasn’t coming until 7 p.m. (the cidery closed at 6:30 p.m.), we had 15 minutes to finish our drinks before we had to be back on the bus.

So my brother, Jakob, and I ordered a flight each. Which ended as well as you expect. But we made the bus!

We spent the last day visiting the Georgia Aquarium and the World of Coca-Cola, two very touristy attractions that I hadn’t been to in a very long time. We did both of these things while wheeling around our massive suitcase, because apparently American airports haven’t had luggage storage since 9/11. Did you know that? We did not know that.

It was a great weekend surrounded by my family, and probably the last time I’ll see them before Christmas. Hopefully it’s less muggy then.

Talk to me. Cancel reply